The Llyn Peninsula (or Lleyn Peninsula, as it is sometimes spelt), in Gwynedd, is one of those beautiful and largely undiscovered corners of the UK.  Whether seeking to book a large holiday cottage for an activity holiday with friends or seeking romantic cottages for couples, this North Wales peninsula offers a splendid choice of coastal and countryside cottages in a very beautiful location.

The peninsula is full of rocky coves and sandy beaches warmed by the Gulf Stream and bound in by its coastal path. A land of contrasts, steeped in history, it remains an unspoilt, little-known gem. Designated an Area of Outstanding Natural Beauty it is encircled by the Wales Coast Path.

Often compared with the Cornwall of fifty years ago, its 70 miles of wildlife-rich coastline starts in rugged fashion on the north side with the towering peak of Yr Eifl plunging dramatically down to the sea. And at its very point lies Bardsey Island, burial place of 20,000 saints, which has drawn pilgrims to its now ruined monastery, along the pilgrims’ road, ever since the 6th century.

With its unique and diverse blend of scenery; secluded rocky coves; sheltered little ports, sandy beaches; mountains; narrow little lanes lined with wildflowers; open countryside and wooded valleys, it provides the ideal setting for a relaxing holiday. There is also the added touch of “foreignness” with its unusual place-names and the Welsh language spoken around you, which makes the holiday that little different. 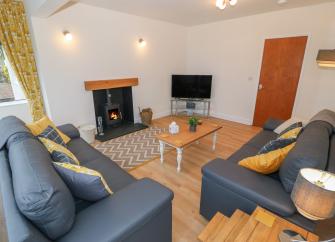 Berth is a modern coastal cottage offering a perfect family escape in Afonwen in North Wales and Snowdonia. Set on the Llyn Peninsula, the spacious cottage features a games room and an open fire, as well as two garden areas and space to relax in the sun. Explore the wonders of this beautiful region. 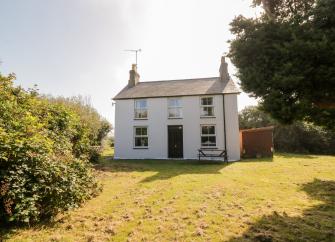 Bryn Awel promises tranquillity and tradition. The pet-friendly cottage in Pengroeslon retains some of its original features and sits on spacious grounds amid the countryside of North Wales and Snowdonia. Ornate fireplaces and an open fire add character to the cottage and combine with modernity. 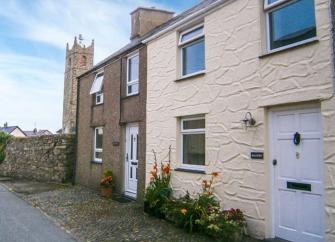 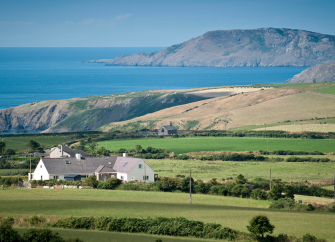 Bryndol is a charming Aberdaron holiday cottage. A family and pet-friendly cottage in an Area of Outstanding Natural Beauty, it offers comfort, refinement with superb coast and country views. Located just moments from Aberdaron, this rural holiday cottage is a ten-minute walk to the beach. 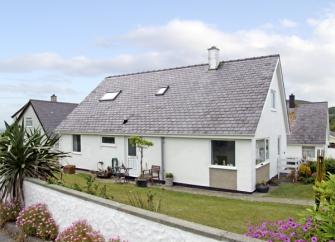 Explore the beautiful beaches of the Llyn Peninsula and retire at the end of every adventure-packed day to a well-presented, coastal cottage the peaceful village of Mynytho near Abersoch. Rhos offers four bedrooms, contemporary furnishings and welcomes young children and pets. 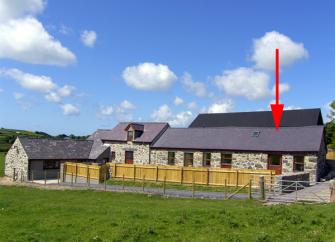 In a rural location outside the pretty seaside village of Abersoch, Bwythyn-y-Saer is a two-bedroom holiday cottage in the beautiful Llyn Peninsula countryside. The coastal single-storey cottage lies within easy reach of superb North Wales beaches and mountain walks in Snowdonia. 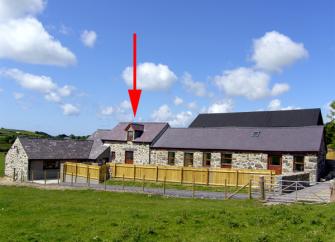 Bwythyn-y-Wennol Cottage keeps alive the tradition of the family seaside holiday. This coastal cottage on the idyllic Llyn Peninsula in Abersoch sleeps 2-5 guests. The stunning Llyn Coastal Path beckons, as do Snowdonia and so many other sights and activities in this beautiful corner of North Wales. 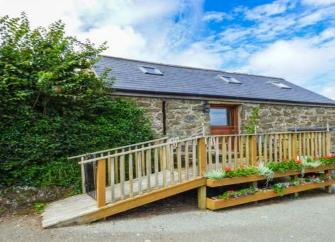 The Grain Store possesses all the charm of a stone-built 19th-century grain store and offers superb views of the sea and Cader Idris from its lush garden. The pet-friendly property spoils guests with exposed beams and contemporary facilities and lies just moments from lovely Abersoch in North Wales. 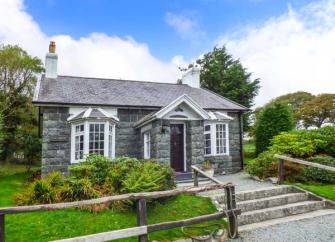