Kent is known as ‘The Garden of England, with beautiful castles, delightful formal gardens, roman villas and long stretches of golden beaches. Enjoy romantic, short weekend breaks or fun-filled self-catering holidays at one of Kent’s many traditional country cottages.

Visit the magnificent Canterbury Cathedral, take a short journey to the White Cliffs of Dover, a day trip to the City of London. If you’re feeling like something completely different, why not take a quick ferry-trip across to France or Belgium for the day? There are a great variety of water activities to be enjoyed along the coastline too, ranging from surfing and kayaking to the more tranquil sailing and leisurely boat trips.

Inland Kent overflows with idyllic rural landscapes, country parks and nature reserves. These help to make Kent more than ideal for walking and cycling the network of long-distance routes and day trails. There are some delightful attractions such as The Shell Grotto, thought to have been a site of Pagan worship near Margate or test your nerves on the UK’s longest toboggan run (700m) near at the Chatham Ski Slope (no snow necessary). It’s popular with adult and children alike and definitely a memorable holiday experience! 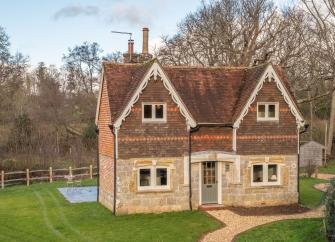 Hensill Farmhouse is a gorgeous rural cottage set among woodland on the edge of Hawkhurst in Kent. The 19th-century cottage offers true seclusion with a wrap-around garden and views, plus interior boasting tiled floors, French doors, natural light, open-plan design, elegant décor and a log fire. 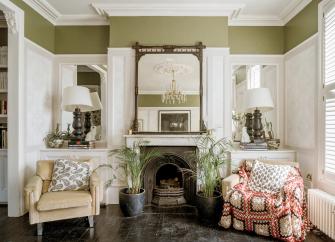 Set just minutes from the seafront is Calathea, a charming coastal townhouse in Ramsgate, Kent. The Georgian property boasts original features & modern sophistication, light-filled spaces, standout art pieces and a sun-trap patio, plus access to many cafes and seaside attractions. Holiday in style. 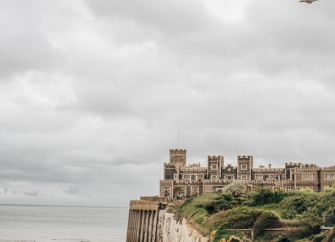 Crescent Moon is an eco-friendly terraced townhouse situated in the creative corner of Margate in Kent. Featuring décor from around the world, the coastal cottage is delightful and offers a roll-top bath, mini bar, urban styling, natural light and space for pets, plus proximity to beautiful beaches. 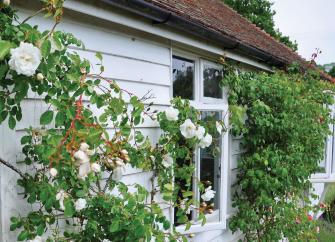 Tufton Croft is a detached weather-board rural cottage set on the outskirts of Wittersham in Kent. Surrounded by countryside and walks, the pet-friendly cottage promises seclusion and offers spacious, enclosed gardens with beautiful views, plus a furnished patio and a stylish interior with log fire. 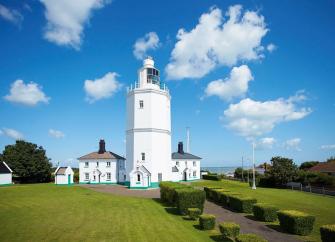 Lodesman Cottage enjoys sweeping ocean views from its position within the North Foreland Lighthouse above the beaches of Broadstairs in Kent. The unique coastal cottage sleeps 4 and offers sophisticated light & airy accommodation plus spacious grounds for relaxing in the sun & the light sea breeze. 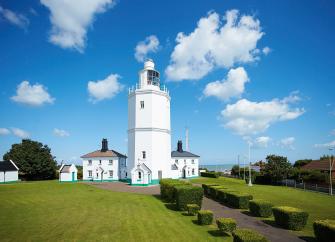 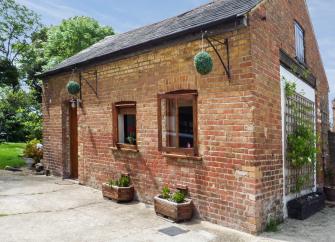 The Old Dairy is located in the idyllic village of Herne, on a beautiful stretch of the Kent coast, between Whitstable and Margate. This cosy coastal holiday cottage for couples is a beautifully converted dairy near a shingle beach, ice cream parlours and beach huts at Herne Bay. 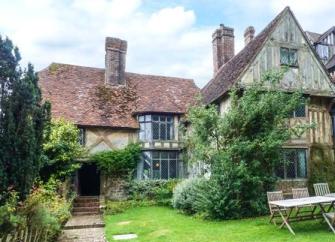 A large and pet friendly self-contained wing of a delightful Tudor manor house with a tennis court and games room on the Kent-Sussex border. It sleeps 17 in 7 bedrooms in 6 acres of gardens in Chiddingston near Hever. 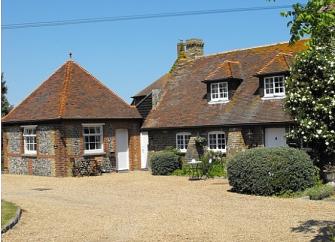 Annie's Cottage is a Grade 2 listed 1-bedroom Kent coastal cottage in the countryside for couples near Ramsgate and Broadstairs which can sleep 2 - 5 guests. Charming and characterful it has exposed brick and flint walls and original beams. It has 4-Star Quality in Tourism rating.