Holiday cottages in North Cornwall are surrounded by sandy beaches, rugged moors and ancient fishing villages. This wild region is best known for its spectacular coast, where smugglers once hauled their cargo ashore. The Southwest Coast Path covers its entire length. It passes ruined castles, laid-back resorts and sweeping bays where the sun sets on the Atlantic and waves crash against towering cliffs. Self-catering holidays in North Cornwall are particularly popular among walkers, surfers and anyone who wants to enjoy seafood straight from the harbour in cosy seaside pubs and restaurants.

The border between North Cornwall and Devon lies east of Bude, a lively resort and mecca for watersports thanks to its sandy beaches, canal and exceptional surfing conditions. There's a beautiful sea pool beneath the cliffs, which is revealed by the falling tide, and a variety of independent businesses, including Zuma Jay, one of Europe's oldest surf shops. West of Bude, Widemouth Bay is a long, sandy beach overlooked by a couple of good cafes, and nearby, Crackington Haven is a rocky cove where you can watch the waves from the comfort of the Coombe Barton Inn. 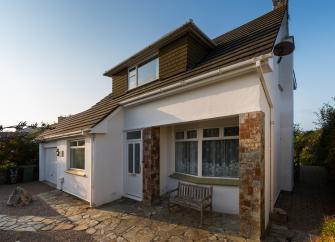 Set on the edge of the pretty village of Crantock on the North Cornwall coast, Talland Croft is a large and charming 5-bedroom house sleeping 10. The dog-friendly house is a short walk across dunes to a Crantock or an even shorter walk into the heart of Crantock, with good pubs and local shops. 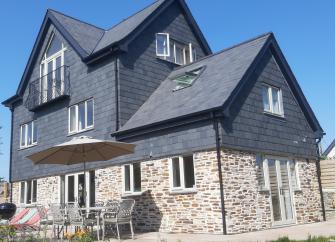 A newly renovated, luxury Cornish cottage, full of character and charm, set in a peaceful countryside location. A short drive from Padstow, the Camel Trail and many North Cornwall beaches. Sleeps 8 in 4 ensuite bedrooms. Delightful garden with a private sunny patio. Dog-friendly. 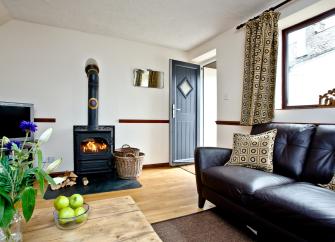 A log-burning fire crackles in Cranny, a cosy rural holiday cottage near Bude at East Thorne Farm. This pet-friendly holiday cottage in North Cornwall is surrounded by countryside and includes a beautiful garden, adventure playground, spa, indoor games room and proximity to the sea. 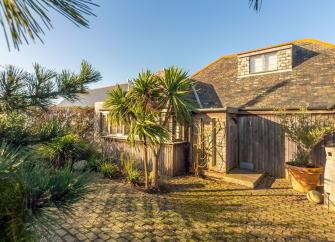 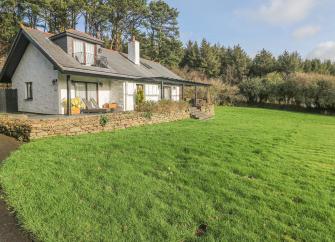 Enjoy everything that the idyllic Hustyns holiday resort offers with a stay at Cedar Lodge, a secluded countryside cottage on the resort’s 100-acre grounds near the North Cornwall town of Wadebridge, featuring three bedrooms, a private garden with a hot tub, & access to swimming pool & tennis court. 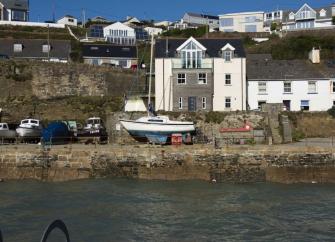 Harbour Master’s House offers water frontage and luxury. The pet-friendly cottage sits above the harbour at Portreath, within an Area of Outstanding Natural Beauty, and promises ocean views and a sea breeze, plus multiple balconies, coastal chic, a log fire and access to the delights of Cornwall. 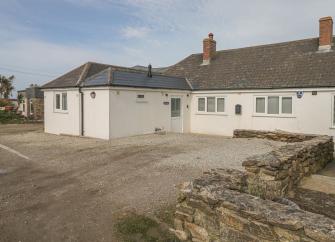 Perched atop West Pentire headland, Cormorant enjoys uninterrupted ocean views and a short walk to the beach. The pet-friendly cottage in Crantock, Cornwall boasts beautiful gardens, a sun-trap conservatory and open fire, as well as an open-plan design with contemporary elegance and a sea breeze.

Sunset View is an award-winning coastal cottage boasting views of the ocean in Porth, Cornwall. The sophisticated pet-friendly cottage enjoys true coastal chic and an elevated position and offers a hot tub, an open fire, outdoor entertaining spaces, an upside-down design and proximity to the beach. 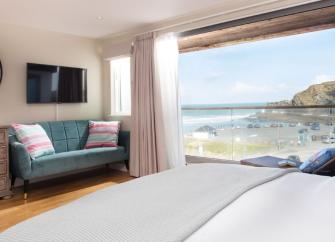 Lucy’s Beach House enjoys wonderful views of Portreath from its three balconies. The pet-friendly cottage in Cornwall offers sophistication and light and airy spaces right on top of the beach, as well as a sea breeze, urban chic, outdoor dining areas, an outdoor shower and a cosy wood-burning stove.